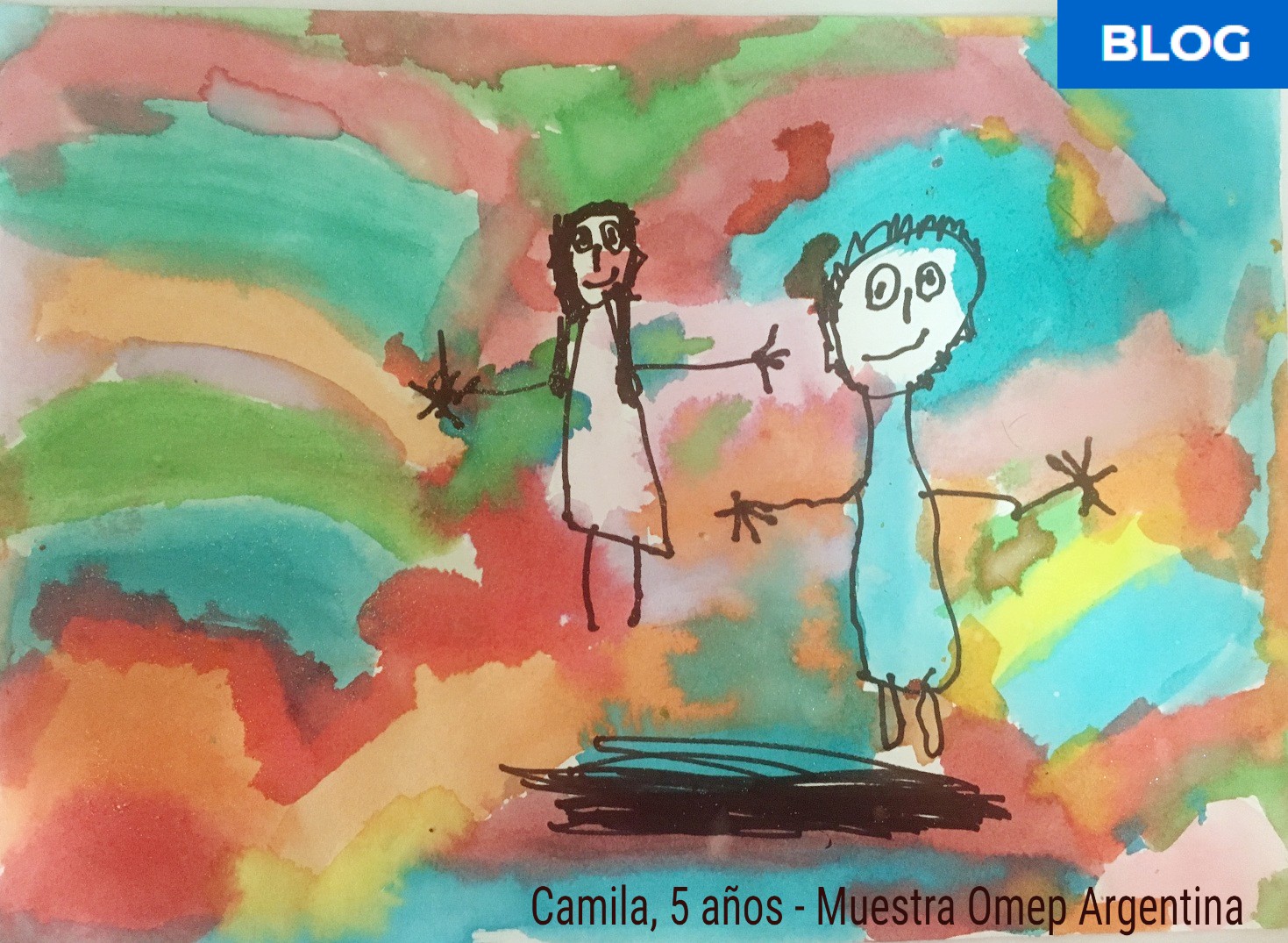 On November 20, 32 years after the UN Convention on the Rights of the Child was signed, the 2020/2021 assessment on the respect and progress of the rights of children turned very pessimistic.

This situation had already started to worsen before the COVID crisis with the increasing inequalities, poverty and conflicts, which still persist, arise or spread, with climate and environmental changes which affect societies, with migrations that are escalating and becoming more dangerous… The pandemic brought about travel restrictions and school shutdowns, which have changed and disrupted young people’s lives.

As a result of reduced social interaction and the increase of the difficulties in schooling, the sanitary crisis has had an impact on children: in many cases, domestic violence has lasting consequences on their minds, causing fear, anxiety, helplessness and destructive feelings for their households. Sexual assault, rape and incest affect children’s dignity. What is more, cyberbullying has not stopped and has had a major impact the more isolated the teenager is in front of a screen. On November 20, the Human Rights Defender published the annual report on this topic, “Children’s Mental Health: the Right to Well-Being”. Apart from the fear brought about by COVID, which still lurks in people’s minds, the causes are deeper and broader, and the responses of society in France and in other places are still unsatisfactory: poor consideration for what the child has to say, inadequate training to identify these issues, little attention to the signals sent by the child, insufficient listening and care services (school health care, pedagogic medical centers, pediatric psychiatry, pediatric psychology for children and teenagers at hospitals, support services, among others.)

UNESCO estimates that 259 million people (59 million of which are old enough to attend primary school) are out of school. All over the world, school shutdowns have caused a new decrease in schooling, especially in girls, who represent two thirds of the unschooled. Moreover, many young girls do not go back to school because they have to enter into an early marriage as a way of alleviating the poverty in the family (according to UNICEF, we can expect ten million more child marriages over the next ten years). In the countries in conflict, this practice has increased in the case of refugees. In the case of children, child labor has aggravated: ILO and UNICEF estimate that, in the four years before 2020, about 8.4 million more children aged 5 to 17 were working (a total of 160 million, including 89 million children aged 5-11, according to 2016/2020 reports), and 79 million children were performing hazardous work.

The COVID vaccination has overshadowed other vaccines: getting access to health care has become harder, if not impossible, and there have been fewer vaccination campaigns (against measles, for example). There are more children that suffer from malnutrition or undernourishment (around 6 to 7 million under the age of 5). Moreover, there are colossal inequalities regarding accessibility to COVID vaccines between developed and developing countries, especially in Africa, where, despite efforts carried out by the WHO, other types of care have been reduced. Nevertheless, progress has been achieved and child mortality has decreased almost two thirds during the last 20 years. Still, the importance of early teenage pregnancy should be taken into account, since it often causes anemia, putting the baby and the young mother at risk, and bringing about developmental delays. This phenomenon also affects developed countries, such as the United States.

The pandemic has worsened the workers’ living conditions, especially in developing countries, where the consequences of the disease have not been paid much attention. It is estimated that child poverty has increased by 15%. In France, which has over 5 million people living in poverty, among which 1.5 million are children, we have seen that poverty worsens all of the situations caused by COVID: too small or unsanitary houses, school assignments impossible to carry out due to lack of material, inadequate resources to satisfy food needs, postponed health care, among others.

Worldwide, nearly a third of the child population, i.e. 665 millions, are affected by extreme poverty in sub-Saharan Africa (42% of the population) (sic).

All of the analyzed delays in the development are heightened in the case of children that are within war or destroyed zones: refugees, asylum seekers, internal or external migrants. Wars, instability, climate change and natural disasters bring about more population displacement, of which half are children (source: UNHCR.) These children represent 51% of the refugees and displaced people, meaning over 42 million people under the age of 18; and 4 out of 5 refugees live in the neighboring countries of their home country.

This affects all of the associations and organizations that work in order to improve children’s conditions. The progress achieved during these past decades seems to have been erased. Therefore, it is vital for all of us, the governments and the organizations, to be sympathetic and to commit in order to fight against these destructive consequences so that we can give hope to the children, since they are our future.

It is true that the assistance from the OECD to developing countries (ODA) has increased by 3.5% since 2019. Aid to Africa and other less developed countries has also increased (4.1% and 1.8%). Humanitarian aid has increased 6%. Nevertheless, solidarity is still below the needs and goals set by the UN: 0.7% of GNP by country, 0.55% for 2022. In 2020, France has increased its participation (approximately from 0.43% to 0.5%), but it is still below the goal.
Article written by Michèle Olivain, retrieved from La Lettre d’EPP nro. 13.

Co-president of Educators for Peace. Member of the board of directors of the French Counsel of Associations for Rights of the Child. Retired classic literature professor and trade unionist of the SNES-FSU (National Union of High School courses within the Unitary Union Federation).