Diversity, fragmentation and inequality: an analysis of care and education in early childhood – Adrián Rozengardt 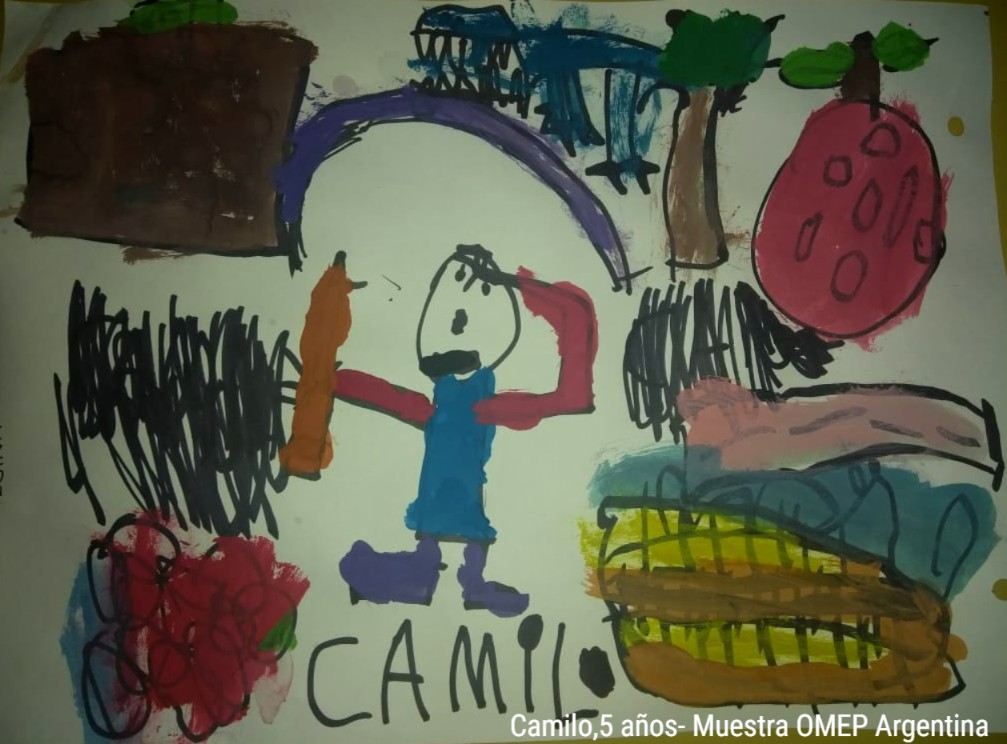 The map of early childhood care and education is a dynamic place in constant transformation. A segment of this map is formed by the institutions of the pre-primary level within the structure of the formal education system; but it would not be complete if we excluded the thousands of organized experiences, which, in the past decades, have multiplied in cities and its peripheries: in rural and mountain locations, in islands, where they can find the poorest children, the migrants, the displaced, the excluded, the forgotten, the ones who were left on their own, the ones who cannot make it, where the ones who say “present” are those who need to be cared for, included, protected and taken into account the most.1

Early childhood has an important place in the public agenda around the world. Their identity is still under discussion among pedagogy professionals, academics, officials, policy makers, social organizations, NGOs, and public and private international organizations.

This identity covers a wide variety of institutions, programs, services and politics that direct their efforts to help children from birth and during the first years of their lives, which is the network that reproduces diversity, fragmentation and deep inequality.

It reproduces diversity because it is formed by institutions and programs created in different historical periods, from modernity to this time of pandemic in which we ponder about the destiny of humanity. A kaleidoscope of views and perspectives that enrich the construction of citizenship from birth. Diversity comes from turning needs into action, it is the opposite of a single, unified and standard answer, and it is one of the biggest contributions that preschool education can make for the world of education and the different generations. There are “formal”, “informal”, “public” and “private” institutions, for the richest to the poorest of the poor. There are traditional institutions and those that confront the status quo, defying existing knowledge and models. It is a discussion of profound meaning about how we identify children and subjects, citizens, human beings with rights, and their place in the world.

It reproduces fragmentation because all around the world, in each country, the system is organized and governed by multiple institutional dependencies, which are overlapped and miscommunicated; there are gaps and contradictory criteria in regulations. We can see that there is territorial fragmentation and fails in continuity when there is a change in the administration. These tensions particularly attack the participation of children and their families, teachers, institutions, and areas in government.

Still, the root of all inequity in childhood is inequality. Diversity is a value that can be owned and learnt, fragmentation is an obstacle that can be taken and transformed. However, inequality, which does not only mean measuring income and the Gini coefficient, but it also refers to that multidimensional, complex and structural phenomenon in capitalist societies, is the veil that covers this issue, casting millions of young children in the shadows with no way out. Inequality in the world of early childhood care and education is seen in the quality of the services offered (no matter what definition of ‘quality’ we take), in the irregular and insufficient coverage (both in the supply of this service and the demand by families and women) and in financing, which is increasingly limited and poorly distributed.

As never before, we face “inequalities”, in plural (meaning the expression of multiple asymmetries), and “inequality”, in singular, which refers to specific phenomena. Inequalities are expressed in a hierarchical manner, organized by social class and family income; and in a horizontal manner, through nationality and citizenship, place of residence and origin, gender, race, ethnia, religion and language. Horizontal inequalities add up and intertwine with the hierarchical inequalities.

For a young child, the most challenging inequalities are those between nation States. The possibility of living, the access to goods and services, and even the life expectancy are widely different depending on the place of birth. These inequalities from the moment one is born become deeper and harsher due to migration and refugee policies and to the limitations in movement around the world. Moreover, they are ingrained in the local level as a dark chain of obstacles that prevent access to goods and services of equal quality and quantity.

This order of inequalities: global, national and local, is the results of institutional and structural forces that create the hierarchical order and generate multilayer and relational dynamics, focusing on the interdependencies between different types of events: from global historical trends to local negotiations. The local inequality patterns (home and community) are not isolated from the national and international structure. The production and reproduction -but also the mitigation- of social inequalities are a reflection of the interaction of global (inter)dependencies, national policies and daily negotiations. The geographical or political and administrative units (city hall, nation State) are not alway enough to solve the intertwined and dynamic inequalities. An example of this intertwined relational units are the chains of care and the ways of organizing policies for preschool education.

However, and as a way to justify academic, professional, pedagogical and political intervention, it is important to highlight that inequalities are a powerful driver that provokes and fosters historical evolution and social and institutional struggles against discrimination and exclusion.

Please notice: intervening on inequalities can be related both to the transformative dynamics and emancipatory and inclusive changes, as well as to strategies that do not modify the structures of inequality.
The transformative dynamics imply fighting for resources and meaning, but it is necessary to think about the ways in which they operate and strengthen the symbolic and material struggle. 2

New deadline for the World Proyect: Color your Rights

News on the Political Work in favor of ECCE