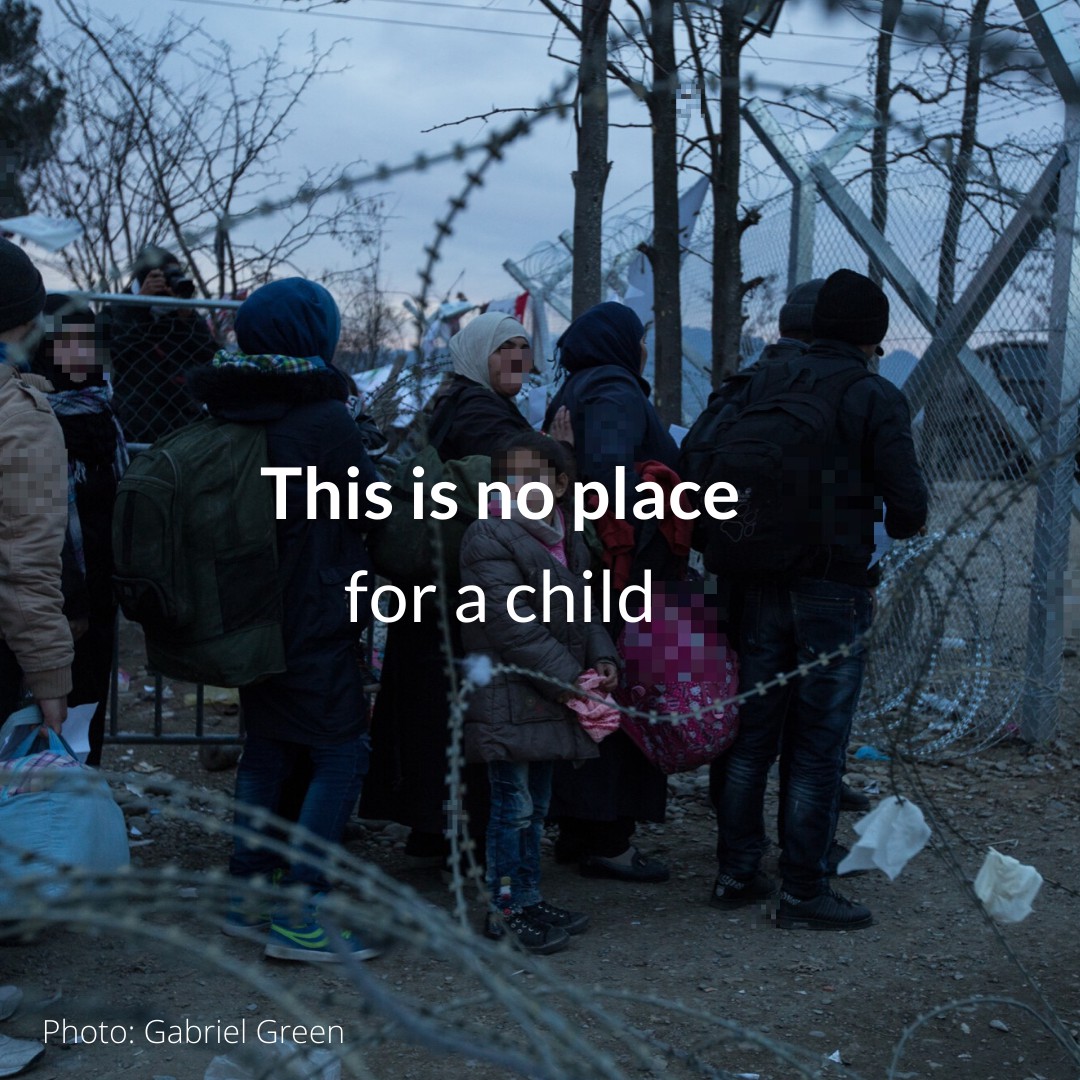 European Union (EU) Member States should urgently relocate unaccompanied children from the Greek islands to safety in their territory, while ensuring that the children’s best interests are taken into account, 65 human rights, humanitarian and civil society organizations said in a statement today. The groups warned of widespread violations of children’s rights and threats to their health and safety across the Aegean islands’ refugee hotspots. Action is all the more urgent in light of the escalating violence on Lesbos and as increased arrivals to the islands could lead to further deterioration of the dangerous conditions in the camps.

“The EU Hotspots on the Aegean islands are entirely unsuitable and in some cases life-threatening places for unaccompanied children,” said Stephanie Pope, EU policy and advocacy manager at Refugee Rights Europe. “Each EU state only needs to accept a small number of unaccompanied children to end the intolerable situation these children are in. We believe the EU can do better.”

Over 1,800 unaccompanied children are struggling to survive on the Greek islands, the groups said. Children are deprived of  their fundamental rights, such as access to shelter, water, food, medical, and psychosocial – mental health – care, as well as education. They are exposed to inhuman and degrading living conditions. Many children cannot secure a place in specialized accommodations for unaccompanied children because of lack of space, and are forced to face unsanitary and dangerous conditions, with many sleeping outdoors.

“Unaccompanied migrant children are some of the most vulnerable people in the world,” said Eva Cossé, Greece researcher at Human Rights Watch. “Yet lone children on the Greek islands are being deprived of the most basic necessities of life and living in inhuman conditions.”

“Unaccompanied children stuck on the Greek islands must be urgently assisted. Exposed to multiple dangers, many are forced to sleep out in the open, without essential support to alleviate their suffering or uphold their rights. All the children must be protected. Those with family in other parts of Europe must be reunited with them. This can happen through existing reunification channels or new bilateral agreements between Member States and Greece,” added Dimitra Kalogeropoulou, Head of Office, IRC Greece.

Psychologists working with unaccompanied children on Lesbos have told the media that an increasing number of children are harming themselves and attempting suicide. Unaccompanied children interviewed by one of the groups reported anxiety, depression, recurrent headaches, and insomnia.

“In the absence of adequate protection measures, the unaccompanied children living on the Greek islands remain exposed to various forms of exploitation,” said Elina Sarantou, program coordinator, HIAS Greece. “Each additional day, each additional hour that these children remain in these conditions, means they are suffering additional exploitation and abuse.”

There are hardly any guardians for these children, as required under Greek law, further exacerbating the situation. A guardianship program spearheaded by the non-governmental organization METAdrasi ended in 2019 because funding ran out.

“Hundreds of children are stuck in a dangerous limbo,” said Lefteris Papagiannakis, head of advocacy, policy and research at Solidarity Now. “A child under 15 needs consent from a guardian to access legal support. But many children have no guardian, and no way to get the help they need. Many are trapped in terrifying conditions, unable to apply to reunite with family in other countries.”

Delays in the registration process, and the lack of representation and legal support for unaccompanied children in the hotspots, undermine their ability to reunite with family members in other EU countries. A three-month deadline for the submission of a family reunification request is often unmet because unaccompanied children are not identified during that period.

“Conditions on the Greek islands are overcrowded and inhumane,” said Giulia Cicoli, project coordinator at Still I Rise. “The camps have capacity for just over 6,000. Yet over 38,600 people are crowded into and around them. They are no place for a child.”

“There are empty spaces for unaccompanied children in other EU countries, with families waiting to be reunited with many of these children,” said Lora Pappa, founder and president of METAdrasi. “Many of these children might one day be European citizens, so we should inspire them from the outset with our core European values.”

EU countries should  take into account the humanitarian emergency on the Greek islands when it comes to deadlines for submitting family reunification requests, the groups said. For children who missed the deadline, they should make use of the “discretionary clause” of the Dublin III Regulation, that determines which EU Member State is responsible for the examination of an application for asylum.

“It is a disgrace to humanity and a stain on the conscience of Europe that vulnerable children are left sleeping rough in a living hell,” said Josie Naughton, CEO of Help Refugees. “This is absolutely within our power to change. We must find it in our hearts to act now.”

The situation on the islands has grown more acute due to a spike in arrivals since July 2019, leading to extreme overcrowding in the hotspots. The situation is compounded by the Greek authorities’ containment policy to carry out the  EU-Turkey Statement, intended to return unsuccessful asylum seekers to Turkey. This has led to perpetual overcrowding on the islands.

On November 24, Greece’s prime minister announced a plan, No Child Alone, to protect unaccompanied children, including by creating more shelters. In keeping with the plan’s spirit, Greek authorities should urgently ensure that children have access to safe, humane accommodation where they can receive care, education, counseling, legal aid, guardianship, and other essential services, the groups said.

In October, Greece’s citizen protection minister, Michalis Chrisochoidis, sent a letter to all other European Union governments asking them to share responsibility by voluntarily relocating a total of  2,500 unaccompanied children from Greece. On November 6, he told the European Parliament’s Committee on Civil Liberties that only one country had responded.