Human Right to Education: horizons and meanings in the post-pandemic. Mercedes Mayol Lassalle 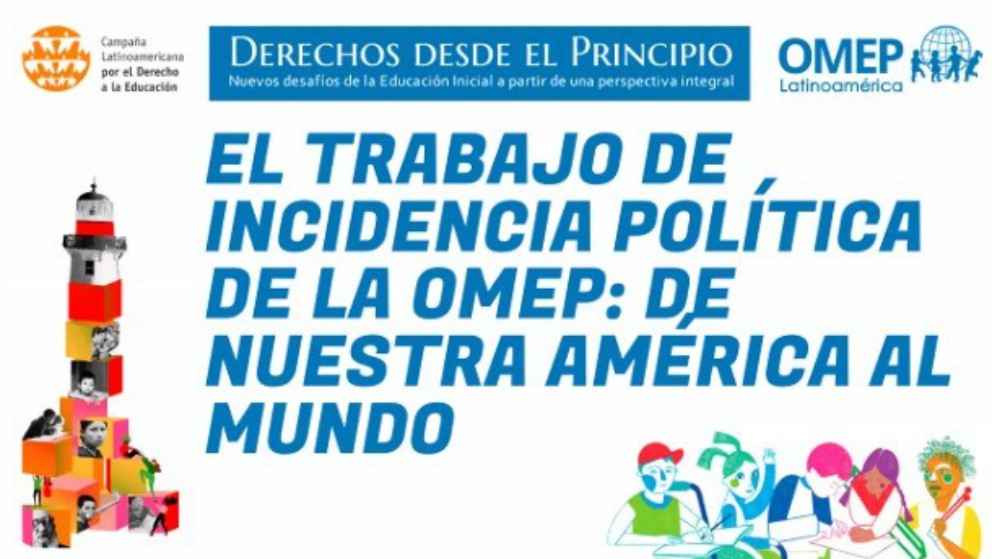 Mercedes Mayol Lassalle gave a discourse at the XI Assembly of CLADE, here is a brief report of her presentation:

In its more than 70 years of existence, OMEP has become a world reference in the defense of the human rights of children from birth to 8 years. OMEP’s work has focused on education as a right and a tool for the achievement of other rights: integral development, citizenship, well-being and dignity of all the boys and girls of the world

During the last seven decades, OMEP has contributed to make visible that early childhood as a fundamental stage where the construction and development of knowledge, values, attitudes and skills have a foundational and lasting impact throughout the life of each human. OMEP proposes a broad vision of early childhood education that involves the action of the States, families and communities, in various contexts, guiding the education of the youngest towards the achievement of human rights, the construction of peace and active citizenship, the strengthening of democracy and the overcoming of inequalities and discrimination.

To achieve its goals, OMEP works in several areas of action, including the development of research and pedagogical knowledge, and advocacy for public policies to fully protect and promote the human right to education, without discrimination, guaranteeing equity in education. access and quality, and having the necessary financial and material resources.

Since its creation in 1948, OMEP has had consultative status with the United Nations and UNESCO. In 2014, OMEP achieved a special consultative status with the United Nations. To strengthen its advocacy action, it participates in meetings and committees for civil society of the United Nations system, as well as links with the national governments of more than 70 countries in the construction of public policies that have a direct and indirect impact on the lives of boys and girls. Since the approval of the Education 2030 Agenda, OMEP is committed to ensuring compliance with SDG 4.2 by following its progress and monitoring its fulfillment, as well as investments and public expenditures, demanding transparency in governance and budget processes.

OMEP’s action is linked and interwoven with regional and national civil society networks and organizations, for example in Latin America we work in solidarity with CLADE. In the region there is a huge debt with early childhood. It still costs that babies, boys and little girls; be thought, interpreted, respected, dignified, as citizens, subjects of rights. This is OMEP’s struggle, it is its flag, a long struggle that involves committed work for the recognition of early childhood citizenship.

OMEP participated in the drafting of the Convention on the Rights of the Child with its delegates and continues to participate in other regional, national and global instances, so that what is agreed and approved by all the countries of the world does not remain in the word. Our great pillar is the Convention on the Rights of the Child and also the 2030 Education Agenda that we have ahead of us, which has not yet been fulfilled and which faces many problems in its fulfillment. We must put special emphasis on objective N ° 4, this wonderful goal that also serves to make the remaining SDGs possible because we know that education, in addition to being a right and an objective of sustainable development, is a tool to realize the other rights and is a catalyst for the achievement of the Sustainable Development Agenda.

Planning for any civil society organization is fundamental and in OMEP we define four strategic areas, which of course are dialectically connected to each other because we cannot make policies without knowing, without having foundations, without having knowledge of the subject, without knowing which are current debates; because you also have to know what others are saying, for example in these times what neoliberalism says about education in order to refute, debate and even to be able to propose other counter-hegemonic epistemological conceptions linked to the construction of knowledge. Because for us at OMEP the construction of knowledge is not evidence, knowledge is never evident because it is a historical, dynamic construction and from there we face the task of political advocacy in education. And of course also everything that has to do with the socialization of that knowledge, with the distribution, sharing, drinking, processing all this knowledge with: families, educators, boys and girls, institutions that are dedicated to teacher training, and other relevant actors.

In other words, there is a dynamic that allows us to build knowledge to be able to make a solvent incident. Now, this could never be a job of one or two, this is built between everyone. In this sense, I want to make a special recognition of the CLADE colleagues who have taught us so much to work on our political advocacy. The relationship with CLADE and its members, which has been built both at the regional level and within each of the countries, enriches us dialectically. OMEP feeds and learns from campaigns for education and also collaborates in the construction of the meaning of total work, given that educational journeys begin in childhood but develop throughout life, which is why we are all responsible for the realization of the Right to Education.

For this reason, with CLADE we have dreamed many things together, we have dreamed for example and we have made it possible to publish a study on early childhood education and care in Latin America. This made it possible to draw up a series of policy recommendations addressed to the States and to continue advocating. We also specified the “Rights from the start” campaign and other joint initiatives.

With CLADE we also share different regional summits of education ministers organized by UNESCO, working to build a bond, bringing the voice of civil society that is not always heard, given the neoliberalism that exists in many of our Latin American countries. Advocacy is a very difficult but necessary job that requires time and perseverance. In our societies, effectively recognizing the rights of girls and young children and babies to early childhood education and care (and by this I am not talking about schooling) is an outstanding debt. The State has the principality to build these policies and civil society has the task of demanding and collaborating in their construction.

Among all the dreams we have with CLADE, we share two goals: to rescue an old OMEP idea of ​​proposing “the decade for early childhood” before the United Nations, for which we will need a lot of support from all the organizations that make up the CLADE. The effort will be great given that the invisibility of early childhood is a process that encompasses many issues, limited access to the right, inequalities, fragmentation and lack of funding. Added to this is the lack of recognition of the male and female educators who in some countries receive a tip, because they are also outside the educational systems, outside any recognition and working in unworthy conditions.

The other proposal that we have been building together is the expansion of general comment No. 7 of the Committee on the Rights of the Child, which explains what human rights are about in early childhood. In this document it is necessary to delve into the right to education from birth.

Another issue that brings us together is the monitoring of the indicators and sub-objectives that make up SDG N ° 4. In particular, section 4.2 referring to early childhood shows an internal dislocation that forces us to work on its monitoring, not only with UNESCO but also with UNICEF and WHO, so that it becomes a concrete policy towards early childhood and the guarantee of their citizen rights.

To conclude, I reiterate OMEP’s joy for being part of CLADE. Since January 1st, 2020, as you know, I have been serving as OMEP’s World President, it is not easy, there are different logics, our organization is very plural, but without any doubt this Latin American perspective enriches the work. The originality that we Latin American men and women have, and our willingness as weavers and weavers, to assemble equipment, looms, senses and hope is undoubtedly a contribution to building a better world for our childhoods.

Thank you all very much.

OMEP´S Webinar in French “EARLY CHILDHOOD IN TIMES OF COVID-19: How do professionals and families deal with this situation?”