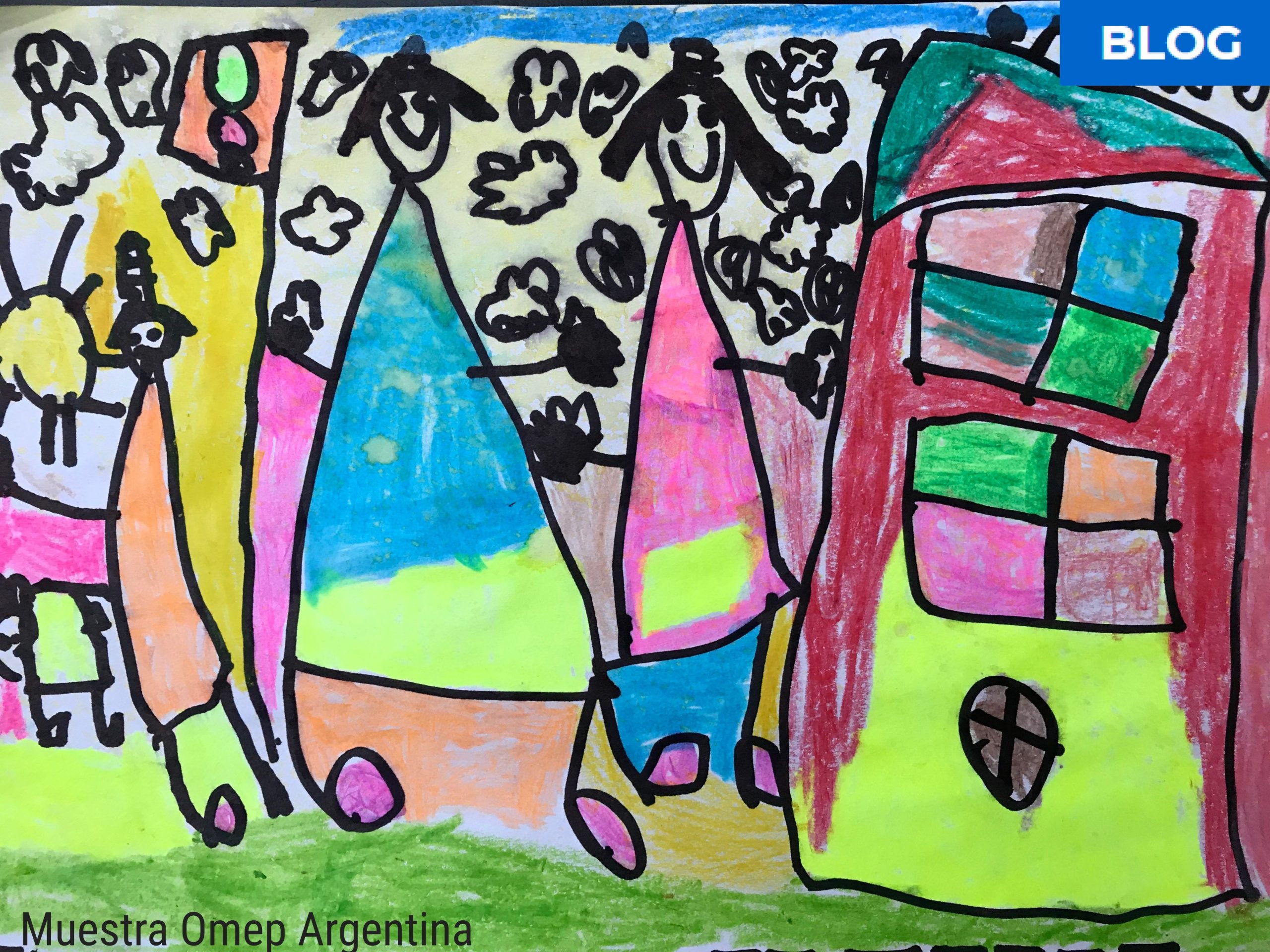 In everyday language, boys and girls are defined, from an outside observation, by a characteristic, a personality trait, a behaviour: “This boy is smart, that one is vivacious, this is a sweet and kind girl, that one is slow at understanding, this girl is troubled, this boy is fidgety….” These are the observer’s perceptions, reduced to one moment or period in childhood, to one momentary or lasting situation, related to the experience of the  adult with the children. These are outside and fragmented ways to talk about them. Different observers may have different perceptions and assessments of the same child and of the same behaviour. It’s clear that observers don’t describe the child’s personality but one of its manifestations, something that sets them apart, without saying who he or she is. It needs to be accepted that my view is “mine”, and that other people will have “their” own, and that, maybe, we will never reach the essence of the “I”, especially if we barely unite divided views.

Reducing the complex being to one of its manifestations, to a moment in childhood, to a circumstance that made someone react and express themselves in such a way is a reductionist approach. If people who think like this were questioned, there is no doubt that few would still defend those statements as “definitions” of a person.

Fragmented views, whether they are on science (biology, psychology, anthropology, sociology of childhood, pedagogy, medicine, neurosciences, etc.), on social politics (health, education, social service, culture, etc.), or on professional activities regarding children’s rights could be responsible for the fragmentation of the concept that a child creates of himself. Isn’t it true that there are psychologists that claim that the most extreme suffering of the modern man is the loss of his life’s center, the loss of something that gives meaning to his existence? If one is fragmented within, if the connection to the “inner I” is lost, this could easily end in psychic dispersion. Some sciences –psychology being one of them– and the arts(), to mention two fields, are attempting to create a larger perception and expression, and to relate to the child as a whole. There is a way: Intersectorality is a strategy for that sought-after and imperative objective.

Even though bringing together views, as pieces of a puzzle, is a necessary and paramount step, since it brings us closer to the real person as a whole, it is still neither everything nor enough. An unified concept needs to be built in fields of study, one that comes before the division in “aspects” or fields of study. A child is much more than what can be perceived from one point of view, from one angle of observation. It is a unique, indivisible and personal unity which can be seen little by little through a process of discovery and revelation, it is an encounter between an “I” and a “You”, a dialogue between equals.  This dialogue cannot be an invasion of the child’s privacy, with the purpose of understanding him, but it needs to be open in order to listen to him and ask him questions that invite him to discover the “you” he’s talking to. This is only an initial step regarding the complexity of the human being, an efficient beginning of the path to take. However, it has to be acknowledged that a boy, a girl, really, just a person, is still an unsolvable mystery to which respect, availability and solidary presence are owed.

Rights complement each other and cannot be separated. Two examples act as an evidence of this: (a) It is easy to understand that, when caring for the education of a child, one is also caring for his health, proper feeding, wellbeing, emotional bonds, friendships, personal expressions, his right and need to play, giving him tools to interact with the other; (b) protection against violence is an inherent action of health, wellbeing, community and family cohabitation and it is related to a respect to his dignity. Therefore, the analysis of the interdependence and complementation among children’s rights could be a starting point to gain access to an understanding of the importance and need to create the actions that grant them practical validity.

Progress is being made within early childhood policies, towards the articulation of sectors and creation of comprehensive policies regarding attention to children’s rights. The current challenge is to increase communication among government sectors so that dialogues become a daily practice, to look for the alignment of points of discussion and the complementation between them.

The difficulties to rebuild the child’s unity in people’s minds and to create public policies from a joint approach of the different sectors can be summarised as such:

a) the tradition: “I’ve learned this way. Ever since I got here, we’ve always done it this way… and it works;”

b) the public administration’s inertia: “it’s very difficult to change a secular structure;”

c) the technical laws and regulations that determine that the financial resources are thoroughly applied in the sector where the budget is allocated. Only through legislative authorization resources can be transferred from one sector to another. This shows the need for a signature in the budget for intersectoral projects under an intersectoral management;

d) the desire to be seen as the creator and producer of a work or the pride of not acknowledging the “outside” people’s participation so the success of the project is not shared;

e) the very limited availability of reports on intersectoral work that provide planners and advisers a guide on how to proceed and the reassurance that they are not embarking on an adventure;

f) the fear of not achieving better results by doing cooperative tasks rather than the usual individual work;

g) the acknowledgment that “it would be beneficial, but it is not easy.” People with this point of view may say: “Intersectorality, a word difficult to pronounce, even harder to carry out;”

h) the idea that time is lost in the search for dialogue and integration. The urge to start research, to put the project in motion, to get things done does not wait for the development of the accords;

i) the thought that it is enough to hold an initial meeting with the directors of several sectors in order to establish some general guidelines and, later, only have meetings among experts. The experts should report to their bosses about the steps, requirements and proposals and should take into account their guidelines and agreement in order to continue;

j) the absence of political will and personal commitment in the heads of intersectoral programs and projects. Without that will, the expert’s enthusiasm slowly fades away;

k) the illusion that bringing together the projects and actions of each sector in one document is the same as making an intersectoral project.

Only through a holistic view of the child will we be able to find him in his personality’s ontic reality. Intersectorality, which engages in a dialogue between different areas of attention to early childhood and proposes creating an integrated policy for a comprehensive attention, is an effective strategy in order to achieve that construction. However, it has to be acknowledged that a child is still a person in the sense of an “I” that is wrapped around a deep mystery that needs to be respected, protected and integrated in the social group. Intersectoral policies can get closer to the child as person, subject and citizen, if he is seen and cared for as a whole.

VITAL DIDONET has been dedicated since the beginning of his career to childhood and adolescence, for this reason he has established himself as an expert in early childhood education, in Public Policies for Early Childhood as a defender and promoter of Children’s Rights.

He has a Bachelor of Philosophy and Pedagogy and a Master’s in Education from the University of Brasilia. Coordinated Early Childhood Education in the Ministry of Education in Brazil. He organized the National Child and Constituent Movement, where, after an important mobilization, he managed to get the National Constituent Assembly to include the Rights of the child and adolescent in the Federal Constitution and the determination of its guarantee with absolute priority.

He was a legislative consultant in the Chamber of Deputies in the Education Area, also advising in the social field. He was president of OMEP, Brasilia section, OMEP Brazil and Vice-president of OMEP for Latin America and the World (1980 to 2002). He is a founding member of the National Early Childhood Network, from where he coordinated the development of the National Early Childhood Plan (effective from 2010 to 2022).

Advisor to the Executive Secretariat of the same Network, in matters of legislation together with the National Congress and in monitoring the actions of the federal government in policies for Early Childhood.