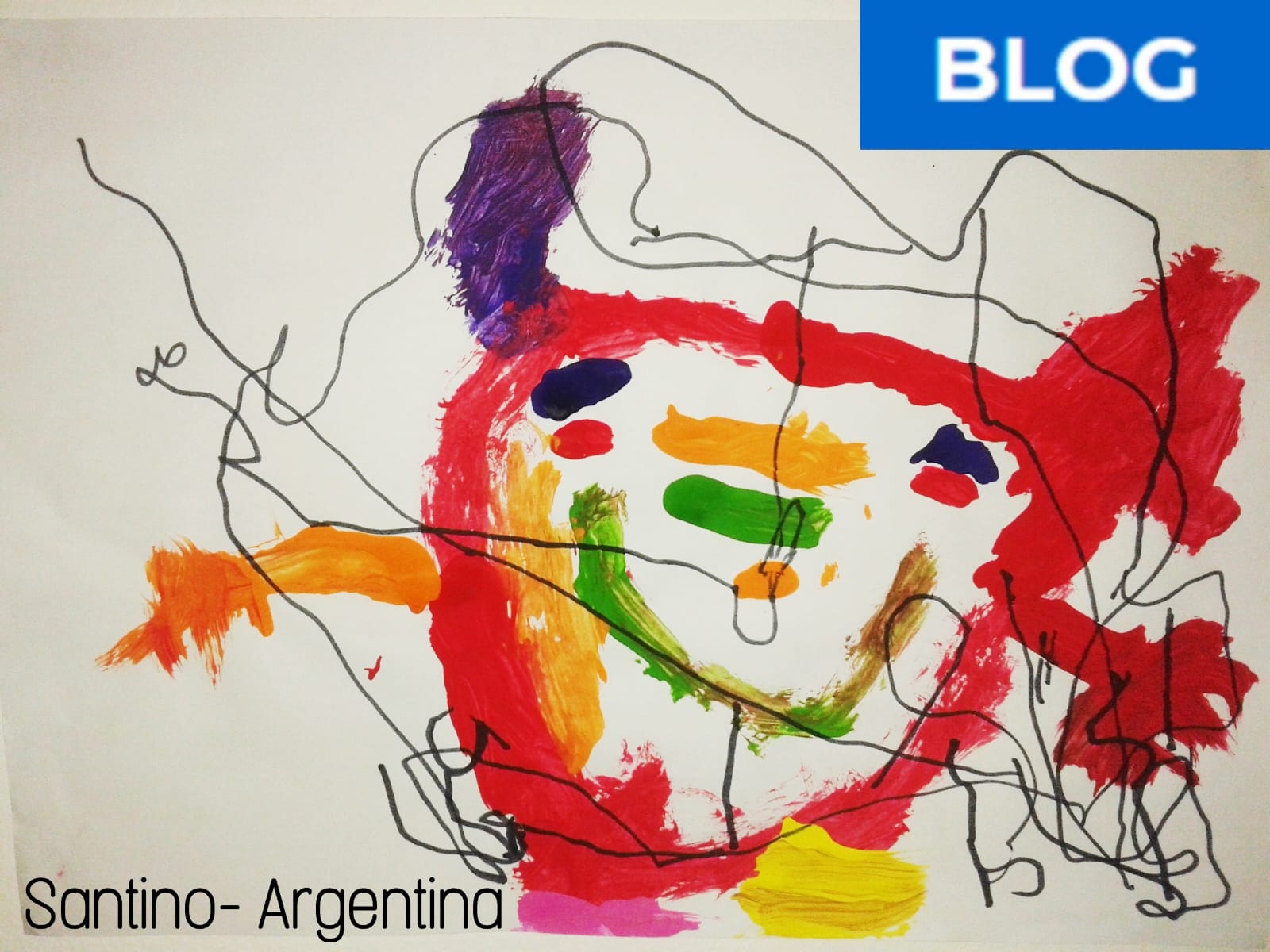 We are undergoing an accelerated process of development and expansion of the digital technology systems. Smart TVs, smartphones, computers, notebooks, netbooks, tablets, eBooks, drones, robots and 3D printers occupy the different spheres of social and private lives in our societies. Regarding production and services, what is known as Internet of Things (IoT) is a system of interconnected gadgets, machine tools, measuring devices and complex data-transferring systems can function without requiring any human interaction. The global COVID-19 pandemic highlighted the role of this technology and its potential for intervention in the health, transport, commerce and industrial areas. The different vaccines to face the virus, which are a product of biotechnology, are only made possible thanks to the existence of applications and computers that simulate, design and develop these multiple projects.

The unprecedented growth of algorithm-driven systems makes us realize that computing technologies will be an integral part of our daily lives and, as such, will determine our possibility of participation and development within the communities we live in.

Making this statement means taking position and deploying specific actions in the field of education. This is not to be seen, however, as a merely instructional activity, thinking about the possibility of future jobs in the IT sector, but rather as the bridge to advancing the possibility of participation, expression and creation since early childhood. This is because the knowledge, design and production of these technologies are directly linked to exercising the fundamental rights for millions of people around the world.

CS in ECE: Brief report of the current situation

Since the second decade of this century, various initiatives to teach Computer Science (CS) in basic education were set in motion in different countries. Just to give a few examples, it is worth noting what was done in Estonia in 2012 (ProgeTiger programme: https://www.educationestonia.org/progetiger/), in Singapore in 2016 (Code@SG initiative: https://codesg.imda.gov.sg/), in the Asia-Pacific region since 2016 (paper by So et al, 2020: https://doi.org/10.1007/s40299-019-00494-w), in Australia in 2017 (Digital Literacy: https://www.australiancurriculum.edu.au/media/7024/gc_digital_literacy_ict_capability_consultation_curriculum.pdf) and in Argentina in 2018 (Aprender Conectados policy: https://www.educ.ar/recursos/132344/aprender-conectados-educacion-digital-programacion-y-robotica).

Among the points these have in common, it can be pointed out that, even though not all the initiatives include the kindergarten, they are designed for early childhood (until 8 years old). Moreover, the need to overcome the digital gap (that is, access to devices and connectivity) is still mentioned, but the focus is on digital literacy, understood as acquiring the necessary knowledge and skills to make an informed use of digital technology.

Apart from this, one of the most common nuances put forth is related to the way in which this content should be included, whether as a separate subject or area, within the rest of the curriculum or through extracurricular activities (such as workshops or clubs). It should also be added that there are different implementation modalities (sourcing from the State or private organizations), which will lead to a variance in the scale and depth of these changes.

The kindergarten as a thriving environment to teach CS

Studies highlight that proposals linked to students’ exploration, as well as the integration to meaningful issues for the target group, improve how CS is learnt. In addition, it is desirable to teach the practice of interacting with computers as a way of communicating with different languages from an early age.

If there is a place in which everything happens fluently and continuously, that is kindergarten. The didactic particularities of this schooling stage make up a thriving environment to teach CS. For 4 to 5 year-old children, it is possible to think of progressions that include unplugged programming, physical computing with basic command cards, and program design in programming environments with blocks. Apart from this, curricula could be planned to include programming educational robots by entering commands or via apps from smartphones and tablets. It is recommended to relate these activities to construction games and other areas of the current curriculum for all levels. It is also important to develop projects that link computer science to an ESD perspective. This means enabling children to express the problems that surround them, the violation of their rights, and the search for change and new opportunities through their creations.

We must remember that the processes of cultural change that are generated at the earliest years of life can be more profound and long-lasting as they make an impact in the community.

Decades ago, the implementation of computers started at the opposite end of the line (i.e., universities and labs). Nowadays, there are numerous initiatives focused on primary and secondary schools. Although this is a relatively new topic, the kindergarten level (as with many other subjects) has been notably left behind. If we wish to advance training towards the strengthening and innovation of teaching practices, it is necessary to develop proposals in line with this idea.

One of the keys is to implement comprehensive proposals. In the context we are concerned with, these must include the analysis of technology and its relationship with society; Computational Thinking, programming and robotics; theoretical content linked to the pedagogical and didactic particularities of the kindergarten; and an approach to digital tools for these creations. In short, educators must be empowered to integrate this content in a critical and creative way.

Another key is the creation of practice groups on teaching CS at kindergarten level. These should be spaces for the exchange of ideas, collaboration and sharing proposals, having meetings, and publishing papers and research. These spaces should also allow educators to find answers to problems and think of articulation methods both horizontally (with other preschools) and vertically (with primary and secondary schools) that have similar interests. This is a live process that needs to go beyond the moment when training is happening and includes guidance in the process of implementing these innovations.

Instead of jumping to proposals that are disconnected from the needs and desires of children, we would be setting forth genuine processes to develop relevant knowledge, placed in a pedagogical, social and cultural context, available for that community and others. These developments could (and it is advisable that they do) even work as input for educational hardware and software design processes with major potential for the education of early childhood.

The training proposals in which we are involved, as well as the findings in studies we take part in and data we find, confirm the need to move forward on this path. It is expected that the impact will be much more effective than those offered by the “ready-made” solutions, focused on manipulation and next to none follow-up guidance. Even more so, from the perspective of the resources destined, they will be used more efficiently.

With this goal in mind, we have presented these kinds of proposals in Argentina, which are about to begin to be implemented. We hope that the 72nd World Assembly can present a context for exchange so that OMEP World and the vast network of organizations with which it interacts consider the possibility of taking this perspective into a global scale.

Gabriela Ceballos is a teacher and holds a Bachelor’s degree in Early Childhood Education (ECE). To complete her Master’s degree in Early Childhood Education at Universidad de Buenos Aires (UBA), she is currently writing her thesis on the computer science training policies for preschool teachers in Córdoba. Moreover, Ceballos is a professor in the Teacher Training Specialization Course in Digital Technology and Education at Instituto Superior de Estudios Pedagógicos (ISEP), in Córdoba. She has worked in projects related to popular education and taught in various kindergartens for over 15 years. Nowadays, she is a professor in two teacher training colleges and trainer in post-graduate and refresher courses on early childhood.

Martín Torres is working as a doctoral fellow at the National Scientific and Technical Research Council (CONICET) and Universidad Nacional de Córdoba (UNC), Argentina. He is in the process of getting his Ph.D. in Education in Basic Science and Technology at the Math, Astronomy, Physics and Computer Science Faculty (FAMAF, UNC), where he is conducting research on training in computer science for early childhood educators. Apart from being an educator and trainer, he holds a Master’s degree in Technology, Policies and Culture, and he is part of the Teaching Department in Digital Technology and Computer Science at Instituto Superior de Estudios Pedagógicos (ISEP) in Córdoba.