When music touches us – Karina Malvicini 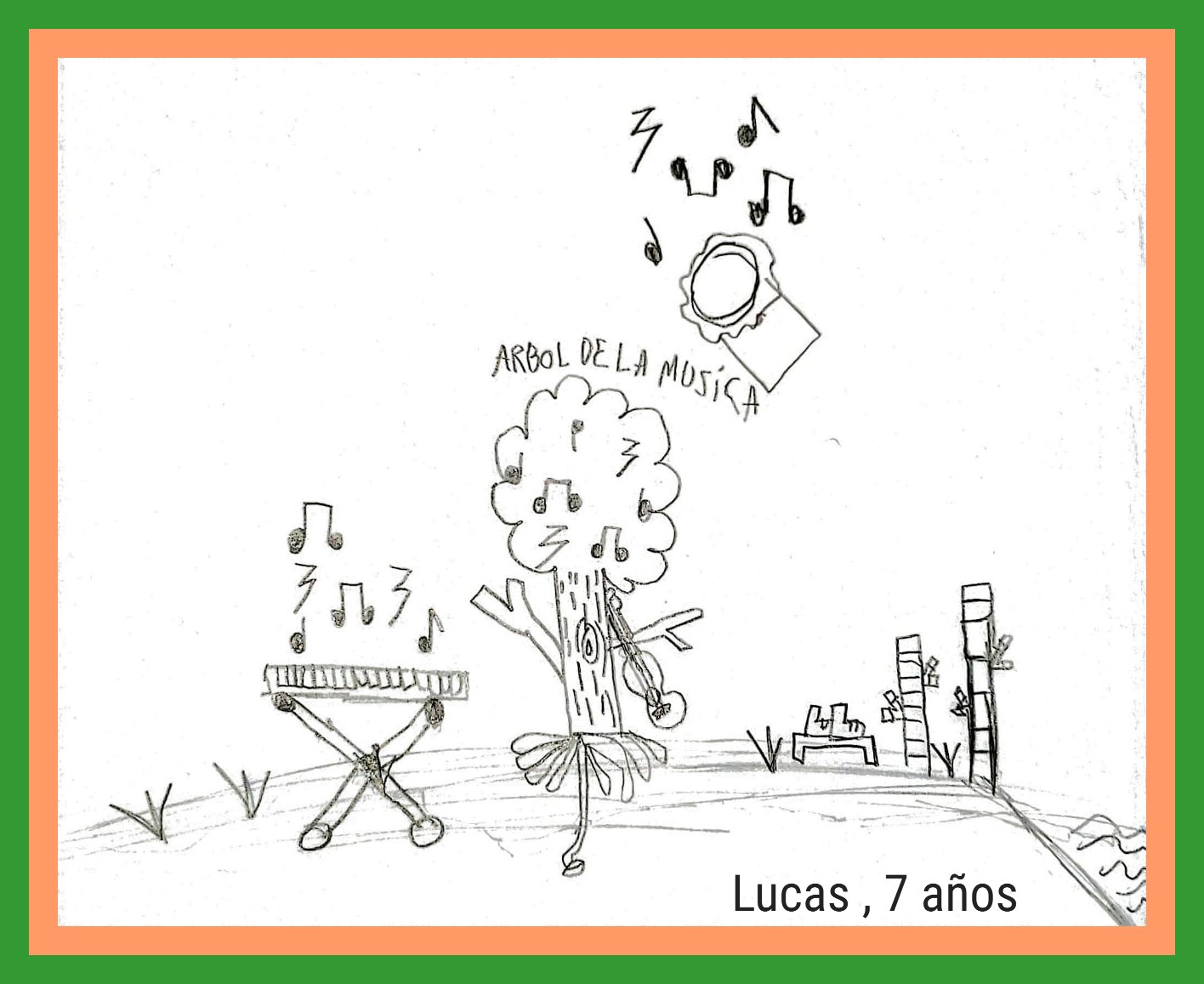 Some time ago, I decided to open my lesson at the music workshop for 4- and 5-year-old children singing Flores Amarillas (Yellow Flowers) by the group Naranja Dulce. I asked them, “What do you think a shower of flowers sounds like?”. They started trying sounds with their voices and parts of their body and with some instruments from the classroom. Each one was focused on their own search and, when they listened to a sound they found attractive or surprising, they spontaneously shared it with the rest of the group. We tried and copied different ideas. Then, I slowly opened an umbrella with paper and cloth flowers hanging from it. I sang the song they already knew one more time and many of them joined me and sang, too. As the umbrella was spinning, some of them raised their hands to reach the flowers, others closed their eyes and enjoyed the flowers tenderly brushing their faces. Later, when we were about to finish with the activity, Ciro told me, “I love this song!”. When I asked him why, he said, “because it touches me.”

“Touching with a song” was the amazing sign that led me to think about how those small minimal gestures (as Carlos Skliar calls them) that are constantly happening in the classrooms tell us about the inner world of the young students we share our days with. What did Ciro feel when the flowers brushed his face? What images, what sounds, what scents did he imagine? Why did he ask for the same song time and again? What could I offer him so that we could express these sensations through music? All these questions challenged me to imagine new paths to explore and possible new destinations to arrive at.

The encounter with sounds, rhythms and melodies happen in different ways during our whole life and represent a starting point for what we see, hear, think and feel. Through the action of exploring and composing as a group, and by the practice of inner listening and the intersubjective relationships developed in that situation, both children and adults rename and renew the world as music names it.

On a rainy day, Sofía came and told us that she had skipped on many puddles. “If it is a yellow flowers rain, the puddles will be yellow,” said Abril, laughing at her joke. “And what if you just stepped on mud?” I commented while they were still laughing. Benito stood up and started showing us how he jumped on big and small puddles. Other children joined in. “Who would like to make up some music for the jumps on the puddle?” I asked.

When the creative processes that happen spontaneously during early childhood are made evident and granted value, different ways of relating to the musical environment are experienced, including sensations, emotions, otherness, freedom, common sense and critical thinking. “It is in the search of ourselves, which is also an unknown part of us, that we find the voices of others, our own voice that becomes the others’ and the voices of others that become our own” (Andruetto, 2014).

When teachers make silence as a pedagogical gesture, they make room so that, through shared senses, what is unspoken arises. This silence does not imply absence, but rather presence, commitment, respect and a wish to create new relationships by discovering other future paths. During these wandering, but never careless, steps, artistic and play experiences are built in the esencial ways of thinking about the world and understanding it. The wonderful energy that boys and girls transmit during play time unfolds the full potential of creative activity that moves us and fills us with passion: the curious willingness which, turned into an epistemological driver fueled by their own decision, makes the encounter richer because of the sensitive search and makes us culture makers. We find all our voices there: the forced, the subtle, the strong and the shy ones, the ones that are hard to hear, the quiet ones…

We could say that being curious is one of the states that fuels interest and leads to the search for new meanings to existing things, if us, as adults, allow for the necessary time to touch, listen, enjoy, feel and gaze, thus reaching the expected result. From that point, the new interpretations or arrangements that arise will be excuses to make those sounds, rhythms and melodies our own, which will take us back to that song to recover the emotional states it provoked. Far from planning a mechanical and crushing instance, the moments to repeat, analyze and deepen, among other things, are necessary to go back time and again and fill every detail with musicality.

Ciro feels “touched” by the song Flores Amarillas because he is engaged in a particular context in which the sensations of that experience awaken his interest to create music. As Graciela Montes says, “separating art from knowledge makes art trivial and knowledge sterile. Even if each one has its own territory and rules, art and knowledge help and need each other in the task of building space. This task is not, by the way, one more task that has a beginning and an end, but rather is the one human task, a task for life” (Montes, 2017).

During Covid times, now that there is a possibility of seeing each other again in the classroom in an unknown context to all of us, many questions arise. How can we nurture pleasing everyday experiences at school? Due to the imperative to take care of each other with masks and distance, will it be possible to continue feeling that “music touches us”?

Uncertainty makes us uneasy, and there are no recipes or magic spells for it. But we know that the committed work taken on by teachers in these circumstances is what preserves the right of children to take part of their culture, create it and make it their own. In the words of Luis Alberto Spinetta, it is time to uphold “precious shared heartbeats where we can fly for a while and feel from there that we are soothing the world.”

KARINA MALVICINI is a music teacher graduated from the National Music Conservatoire Carlos López Buchardo. She is currently in charge of introduction to music workshops and teaches piano lessons. She works as advisor for schools and cultural centres in Argentina and Latin America. She is a teacher trainer at ESSARP (English Speaking Scholastic Association of the River Plate). She also teaches at the group CEFCON (Constructivist Training Centre) and at OMEP NEAR YOU. She is a teacher of  Music Didactics I, II and the Higher Level at the Music Conservatoire Astor Piazzolla. She is co-author of the books Didáctica de la Música en el Nivel Inicial [Music Didactics at Preschool] (Bonum Publishing House, 2012, Bs. As,) and Raíz de niño, músicas del sur para crecer [Roots of a Child, Music from the South to Grow] (2015, Bs As). She is author of “Música: hacer, apreciar, disfrutar, pensar…” in Experiencias musicales en el nivel inicial [Musical Experiences at the Preschool Level], by Judith Akoschky. (Homo Sapiens Publishing House, Rosario, 2017) and co-author of “Los Musiqueros. Música y Palabras” [“The Music-Makers. Music and Words”] (Música Nuestra Ediciones, 2018. “Destacados de Alija 2018” prize).Website: https://karinamalvicini.com/